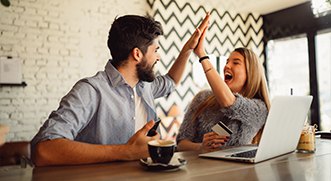 Alex Sánchez and Tradeinn dream of the Tokyo 2020 Paralympic Games

The Spanish athlete, who at the age of 32 faces qualification for the world games, is a model of courage and improvement.

If anyone knows what it means to stumble and get up again, it's Alex Sánchez Palomero, a Spanish paralympian who over the years has been training in the disciplines of swimming, biathlon and triathlon, and today thanks to Tradeinn is preparing to qualify for his third Paralympic Games in Tokyo 2020.

At just 3 years old, Alex got to know the world of swimming and began training day and night. Until at the age of only 12, he had already participated in several national championships with record results which pointed towards a bright future.

However, in the summer of 2004, aged only 17, a motorcycle accident seemed to have cut short his dream of becoming a great athlete. Alex was riding his motorcycle back home when an older adult crossed the street at the wrong time and, to avoid hitting him, Alex lost control of his motorcycle. This terrible event resulted in an injury which caused a loss of the mobility and sensitivity in his right arm.

Anyone would have been frustrated and would have thought that his life as a swimmer had come to an end. But the love of his family, the support of his friends and his willpower lifted him up and led him to plunge back into the pool to overcome his fears and reach that future full of achievements and medals which fate had prepared for him.


The Olympic career of Alex Sánchez

Tradeinn discovered Alex Sánchez for his impeccable performance in multiple championships in Spain and Europe and for his outstanding participation in swimming in two world Paralympic games: Beijing 2008, in which the Salamancan won a bronze medal, and London 2012.

In 2014, Alex understood that sport was an indivisible part of his life and decided to go beyond swimming pools; his new conquest was running and cycling. Since then he has reached 3 World Sub-championships and has been crowned European Champion in 2015 and 2016 in triathlon.


Alex Sánchez and Tradeinn, for the 2020 Tokyo Paralympic Games

Today, Alex Sánchez wakes up every day with only one goal: to qualify for the Tokyo 2020 Paralympic Games in the triathlon category and then to become the world champion. With such a track record, at Tradeinn we didn't hesitate for a second to support the dream of this athlete who has demonstrated how goals are achieved with love and discipline.

"My capacity for work, effort and sacrifice make me consider a great goal: to be present at the Tokyo 2020 Paralympic Games," he told us over a phone call.

To achieve this, Alex needs all the sports equipment which we provide at Tradeinn, so that he can concentrate on improving his times and have more resistance and energy to reach the qualification.

A lot of work and training awaits Alex in the coming months but what he does have is a future full of victories and medals, the kind which can only be achieved with what he has left: courage, good humour and unwavering perseverance.

Country of birth: Arround the world

runnerINN to give its name to the Cursa Bombers Barcelona race